Smoking Marijuana and Your Custody Case

Get The Legal Help You Need

Several states have legalized recreational use of marijuana. Texas is not one of those states, but states like Colorado, Nevada, and California attract many Texas residents for vacations. Many Texas tourists sample the local edibles or smoke pot while they are in a state where these activities are lawful. How do Texas family courts respond to evidence of marijuana use for parents in litigation?

Marijuana Use in Texas Family Law

Allegations of drug use come into play most frequently in child custody cases. The Texas Family Code requires that Texas courts prioritize

the best interest of the child above all other considerations. Consequently, any alleged danger or threat to the children becomes highly relevant to the court. Use of illegal drugs by a parent represents a danger to the children in most Texas courts.

The courts endeavor to keep the children safe, and use of illegal drugs indicates potential negligent parenting. At the very least, a parent involved in child custody litigation should know better than to use illegal drugs. It follows that any parent involved in custody litigation who uses illegal drugs likely isn’t making good decisions for the child. Many Texas courts consider marijuana use a serious endangerment to the child regardless of the laws of other states. Even though “it’s just a little weed,” weed is still illegal here, and the family courts don’t like it.

Many Texas family courts draw no distinction between marijuana and “hard drugs”. Simply put, a positive drug test for marijuana could be as damaging to a parent’s case as positive results for cocaine, heroin, or methamphetamine. Society seems to be softening toward the use of marijuana, but pot is still an illegal drug in Texas. Family courts definitely frown upon the use of illegal drugs in Texas. Plus, no judge wants to make the 6:00 news because a drug using parent injured a child on the judge’s watch!

Can a parent smoke marijuana without endangering a child? Of course. While we never recommend or advise illegal drug use, here is an example: Say a parent goes on vacation to Colorado. The parent leaves the children with a safe, loving grandparent. If the parent is in Denver smoking pot, are the children in danger? No, the children are in the safe care of the grandparent. Thus, the weed smoking should have zero effect on the ongoing custody case. 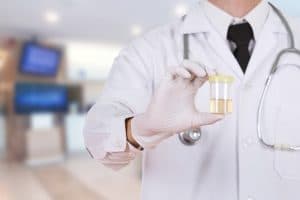 But there is a problem. In a child custody case, drug testing is ubiquitous. If the vacationing parent tests positive for marijuana use, the court has no way of knowing if that parent endangered the children by using illegal drugs or not. Of course, the parent will argue he was in Colorado, and weed is legal there. But the Texas court just doesn’t care. Why? Because modern drug testing cannot accurately specify the date on which illegal drugs were used. The drug test results either show a positive result for drugs, or they show no drugs are present. The test does not show when drugs were used.

So, in the above example, the court would have no way to know if the vacationing parent had use the marijuana while in Colorado, or 10 minutes before the drug test. A positive result is a positive result. That is the only fact the court knows from the drug results. Because the court has a duty to protect the children and make decisions that are in the best interest of the child, the court will necessarily err on the side of caution and hold the positive drug test against the parent. This could have serious consequences in the overall case, and a savvy, competent family lawyer will help make the best of a bad situation.

What About the New Law About Hemp in Texas?

By the time you’re reading this, a new law that legalizes hemp products and CBD oils will be in effect in Texas. District attorneys across the state are currently dismissing criminal cases against defendants for possession of CBD oils and products because of the new laws. In fact, because of the way the new federal and state laws are drafted many experienced drug testing labs simply cannot distinguish between hemp products and the still illegal marijuana. They do not have the necessary equipment for the testing.

What does this mean for custody cases in Texas? New arguments will be raised to defend positive drug tests because of these new hemp laws. However, the duty of the Texas Family Court to provide for the safety of the children remains. We believe the Texas courts will continue to err on the side of caution. We believe that a drug test that is positive for marijuana will still be construed against the parent even if the parent only used hemp or CBD products.

These new laws may make the testing more difficult and/or expensive, but if the courts must decide between a positive drug test or a parent’s testimony that only legal products were used, we believe the court will still follow the findings of the drug test. Simply put, if a drug test indicates use of marijuana, we believe the court will continue to hold the use of illegal drugs against the parent regardless of the new hemp and CBD laws.

What Can You Do If You Smoke Weed?

If you are involved in a custody case, we recommend no use of illegal drugs whatsoever. Many parents make the mistake of thinking “it’s just weed,” but weed can seriously damage your case. Here are some recommendations if you use pot:

An experienced family lawyer will have strategies to help mitigate the damage to your case that illegal drug use can cause. But even the best family lawyer can only really help if he or she knows the facts about your drug use. The time to discuss marijuana use is when you meet with your attorney long before court. The worst time for your lawyer to discover you smoke pot is during a hearing when the opposing party raises the issue for the first time. Being honest with your lawyer can save a lot of money and a lot of headache.

Youngblood Law, PLLC is a Fort Worth, Texas law firm dedicated to family law. We help good people who are trapped in bad relationships find the freedom to pursue their new happily ever after. We also proudly offer the collaborative divorce process for our clients. This essay is intended for educational use only and is not a replacement for competent legal counsel. If you are facing a family law matter, we recommend obtaining competent legal counsel like Youngblood Law, PLLC. For more information, contact us at (817) 601-5345, find us on the web at youngblood-law.com.

PrevWho Does The Attorney General Work For?
Suicidal Allegations and Child CustodyNext
Questions or Schedule An Appointment? Click to Call (817) 601-5345